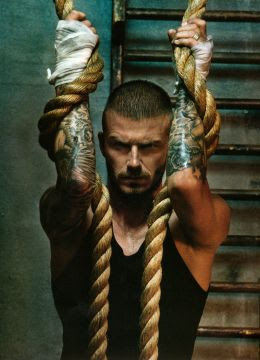 THE ROYAL EDINBURGH MILITARY TATTOO MARCHES INTO MELBOURNE IN 2016 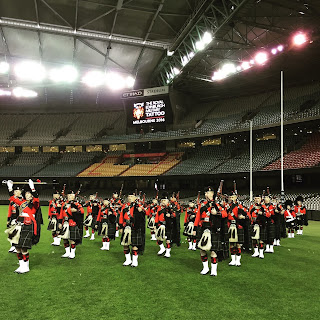 The Royal Edinburgh Military Tattoo will march into Melbourne for the first time ever in February 2016 when more than 1200 performers will gather at Etihad Stadium.

The Melbourne season was launched today by Lord Mayor of Melbourne Robert Doyle in the presence of Brigadier David Allfrey, MBE, the current producer of the Royal Edinburgh Military Tattoo.

Featuring a full size replica of the Edinburgh Castle, the massed pipes and drums of Scotland’s famous Regiments and performers from around the World, this will be one of the biggest entertainment events to ever perform at Etihad Stadium.

With its unique, stirring blend of military ceremony, music and entertainment, The Royal Edinburgh Military Tattoo is phenomenally popular, attracting an annual television audience of 100 million.

Now, Melbournians will have the chance to experience the iconic event live.

Lord Mayor Robert Doyle said: “If there is one world event that we do not have currently that I would like to attract, it is the Royal Edinburgh Military Tattoo and I am pleased to today announce that it is coming to Melbourne.”

Established and run for charitable purposes, The Royal Edinburgh Military Tattoo attracts the world’s best massed pipes and drums – and Melbourne will be no exception. There will be a large contingent of the leading military bands from the UK, along with other international outfits. There will also be a number of bands representing the Australian Defence Forces as well as various Australian community groups including the OzScot Australia highland dancers, who have performed in Edinburgh many times over the years.

The Royal Edinburgh Military Tattoo in Melbourne will be one of the greatest outdoor spectacles to be seen in Australia.
Brigadier Allfrey said “Australian audiences have always embraced the Royal Edinburgh Military Tattoo in Edinburgh every August, and comprise one of the largest International supporters of the event. But in February 2016 the Tattoo will return to Australia, for performances that will be amongst the most spectacular ever staged. In over six and a half decades our unique event has been presented abroad on only three occasions. So we are delighted to be returning, to Melbourne, in a brand new show with the best bands and performers from around the world. To play in Melbourne is an extraordinary privilege and we are delighted to be the most exciting new addition to the 2016 calendar. This will be an event Melbourne will remember for a lifetime. If you have ever wanted to travel to Edinburgh to see the Tattoo, it’s now coming to you Melbourne.”

Brigadier Allfrey was commissioned into the Royal Scots Dragoon Guards in 1979, going on to command the regiment from 2000 until 2002. Prior to taking up his position at the Tattoo in 2011, he spent three years as commander of 51 (Scottish) Brigade.

As a young officer, he served in Germany, Northern Ireland, Canada, Belize and the Far East and took his regiment through two tours of Kosovo. He has directed many military spectaculars over the years including the 50th D-Day Commemorations on the south coast of England and the Scots Dragoon Guards’ album Parallel Tracks.

Etihad Stadium in Melbourne is the perfect venue with a closed roof and temperature correct environment means the show is comfortable rain, hail or shine day and night.

Tickets on sale from Monday 25 May at Ticketmaster.
Posted by este at 1:06 AM No comments: